• The three wise men from the East were astrologers

THE THREE WISE MEN FROM THE EAST WERE ASTROLOGERS

Now that we are approaching Christmas it is a good moment to pay attention to the story of the three wise men from the East. Perhaps you already know or maybe not. But the three wise men were in fact Persian priests who were experts in astrology and astronomy. They were looking for the newborn king of the Jews, for they ‘had seen his star rising’ and had come with myrrh, gold and incense to honour him. They were called Magus of Magis, a word that related to astrology.

Also these Persian astrologers saved Jesus’ life by warning Mary and Joseph. Herod, who had heard of the newborn child, had asked the three men to say where the child was for he wanted to honour it too. But in fact he intended to kill the child. The three saw through his wicked plan and Mary and Joseph could flee in time with their child. 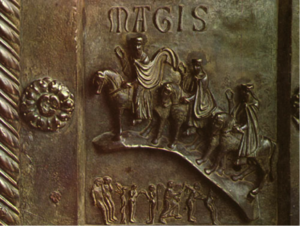